An unexpected encounter last winter has inspired one longtime donor to keep giving through the summer and beyond.

In January, Brian Boyd met a young woman who relies on donated plasma to treat an immune deficiency. Cayleigh Kearns made a surprise visit to the donor centre in London, Ont., to the delight of Brian and several others enjoying post-donation snacks and conversation.

“It was such a heartwarming experience,” Brian says. “Few of us ever get to meet those who benefit directly from our donations. To meet a young lady who’s just starting out in life and to know we help her…it’s just beautiful.”

How do I donate plasma?

Cayleigh was diagnosed at age 18 with common variable immune deficiency, or CVID. Growing up, she’d been plagued with infections of all kinds, including bouts of pneumonia requiring hospitalization. In early 2019, however, Cayleigh started taking regular doses of medication made from donated plasma.

“Without these drugs, I would probably die from a severe infection within the next 10 years,” says Cayleigh.

“It was a treat to meet regular plasma donors that morning,” says Cayleigh Kearns. In particular, hugging Brian and being able to thank a donor who so generously gives is truly something I can’t put into words.”” 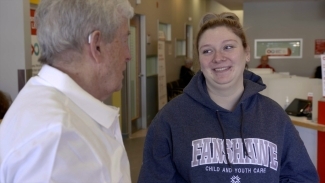 Demand increasing for medications made from plasma

Plasma is the straw-coloured, protein-rich liquid in blood that helps other blood components circulate throughout the body. Increasingly, plasma is used to treat patients with a variety of immune deficiencies, bleeding disorders, cancers, kidney and liver diseases, and much more.

Now 73, Brian has donated whole blood and blood components such as plasma a remarkable 1,167 times. He began by donating whole blood as a teenager, encouraged by a fellow high-school student.

“At the start, it was just a way for us to get out of classes for a couple of hours,” says Brian. “But once I came to recognize that donating saves lives, I became a lifelong donor.”

Since that first donation more than five decades ago, Brian Boyd raised a family and enjoyed a successful career with London Life. He became a regular plasma donor about 15 years ago and is keen to continue doing his part, especially since the pandemic has kept away some regular donors.

“It’s something I can do that benefits people,” Brian says simply.

Meeting Cayleigh reminded him that anyone, including his 5-year old twin granddaughers, could suddenly need a blood transfusion or a plasma product. 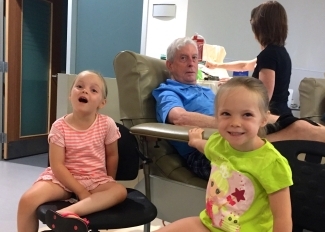 In a photo taken prior to the pandemic, Brian Boyd donates blood with his twin granddaughters Lillian and Violet Boyd.

“I did a socially distanced visit with them recently,” he says. “They wore masks and one of them crossed her arms over her chest as a virtual hug. That’s enough to inspire anyone to donate.”

Becoming a plasma donor can make a lifesaving difference to patients across Canada who depend on plasma transfusions or medicines  made from donated plasma. To book, visit blood.ca/donate, download the GiveBlood app or call 1 888 2 DONATE.

If you have recovered from COVID-19, you may also be eligible to donate plasma for clinical trials that are evaluating convalescent plasma as a treatment for the disease. 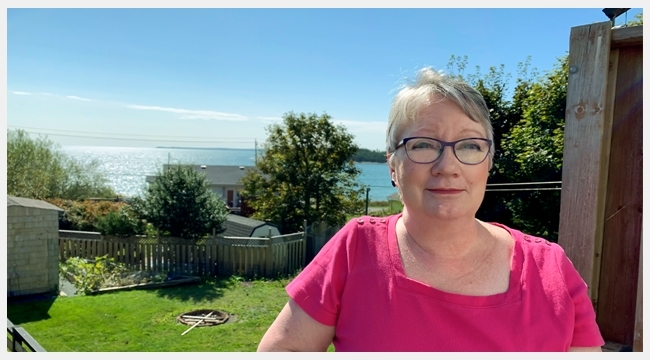 A grieving mother’s journey to help others 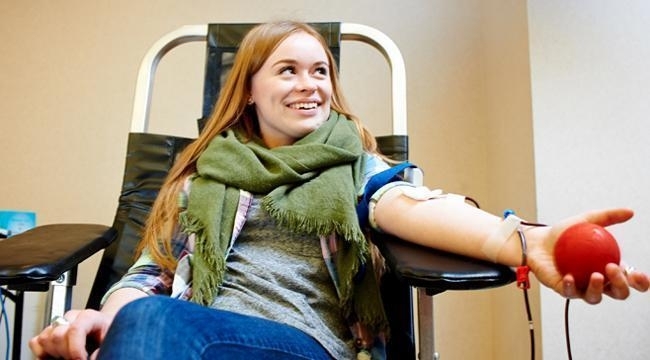 New eligibility requirements for donors in response to COVID-19

Criteria took effect March 29 and more updates will likely follow during the pandemic as our knowledge of the virus evolves. 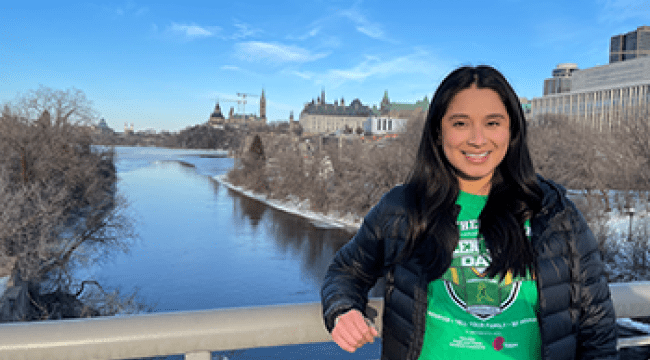 Five reasons to #BeAHero and join the stem cell registry